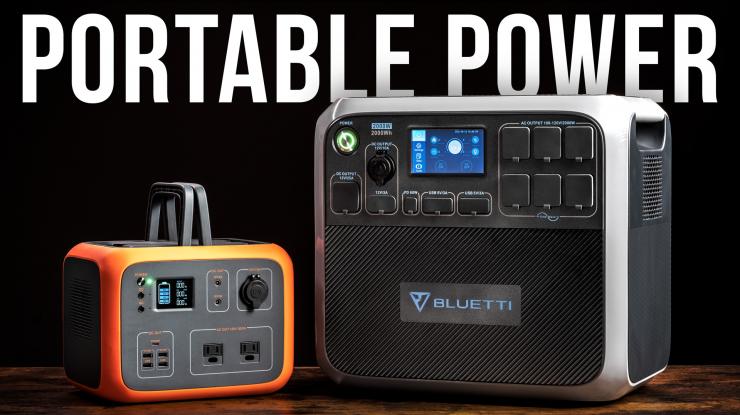 Also known as solar generators, these battery stations provide both AC and DC power, making them perfect for filmmakers and creators of all types.

The Bluetti AC200P provides a massive 2000 watts of continuous power for higher power LED lights and other film gear like cameras, monitors, and laptops.

Both of these portable power stations can be charged from multiple sources, including with an AC adapter, optional solar panels, and they can both be used while they charge to maximize run time.

The benefits to portable power stations over v-mount or gold mount batteries include lower cost for the capacity, the ability to power multiple items from a single source, and serving double duty for camping, travel, and as an emergency home power backup.

Instant, unlimited access to hundreds of videos, downloads, and more.